How Does a Two-Stroke Engine Work?

Many lament the departure of two-stroke road motorcycles. 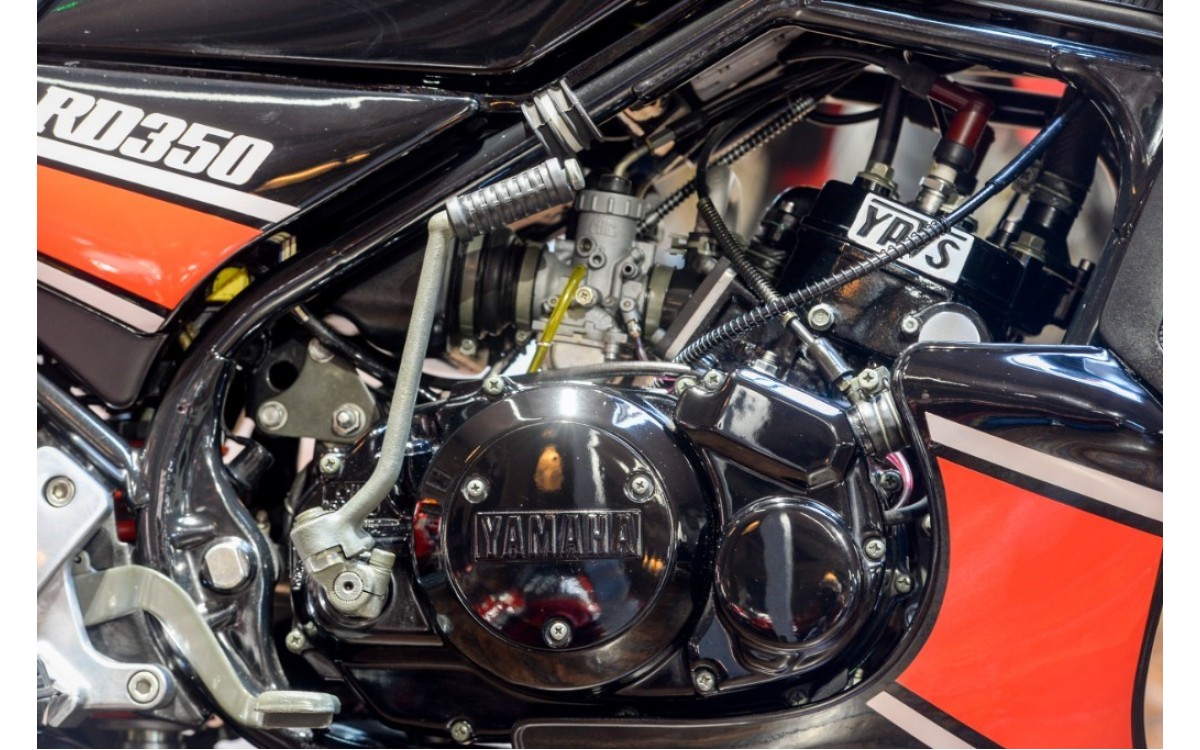 How Does a Two-Stroke Engine Work?

Many lament the departure of two-stroke road motorcycles. Their lightness hence nimbleness, and screaming top-end rush was something to behold. It took many years before four-stroke motorcycles could match that kind of madness.

As we wrote before about the four-stroke engine, any internal combustion engine requires the burning of a fuel-air mixture (charge) to produce power. In order to achieve this, it needs to pull the charge, compress it, burn it, and finally push out the burnt gasses.

A two-stroke engine performs those functions within one complete 360o revolution – 1 RPM – of the crankshaft.Conversely, a four-stroke  engine performs each task on each separate stroke (up or down movement of the piston) in two complete revolutions (720o ) of the crankshaft. Theoretically, this means a two-stroke engine produces twice the power stroke of a four-stroke.

Apart from that, a two-stroke engine does not utilise poppet valves like in a four-stroke. That means it doesn’t require a cam chain or belt, camshafts, buckets, shims, springs, etc. in addition to the valves. That equals less parasitic power loss, simplicity, and weight savings.

When the piston rises on compression, the bottom of the piston creates a partial vacuum in the crankcase. The piston uncovers the intake port on the cylinder wall and the combustion mixture rushes in to fill the crankcase.

As the piston nears top dead centre (TDC), the sparkplug fires and ignites the mixture. The pressure of the combustion drives the piston back down, transferring the energy to the crankshaft via the connecting rod.

On its way back down, the piston now uncovers the exhaust port, allowing the burned gasses to exit the combustion chamber.

The process then repeats, with the piston first closing the transfer port.

Lubrication in a two-stroke engine

Because the charge is constantly pumped through the crankcase, this makes it impractical to lubricate the crank and piston using pumped oil circulation like a in a four-stroke. The lubrication had to be therefore premixed with the petrol.Yamaha invented the Autolube system which injected the lubricating oil into the crank bearings with a metering pump. Other manufacturers followed suit with their own metering pump lubricant soon after.

Why are two-strokes banned?

Because the oil is mixed with the fuel, very little of the oil is burned. The unburned oil ends up being ejected into the atmosphere, creatingpollution (the blue-white smoke we often see). Additionally, some of the fresh charge (unburned fuel) gets mixed with the exhaust gases during the transfer stage and escapes through the exhaust port.

The above reason is also why two-strokes don’t produce the amount of torque that a four-stroke does. It leads to the engine only working well at specific and small RPM ranges, usually at higher RPMs. Hence the term “peaky.”