What do the Markings on Tyres Mean?

The markings on a tyre’s sidewallsprovide much pertinent information, hence it is important that we know them by heart.

What do the Markings on Tyres Mean?

The markings on a tyre’s sidewallsprovide much pertinent information, hence it is important that we know them by heart.

This is especially true when dealing with unscrupulous workshops that attempt to push tyres that are not suited to your bike to you. And do believe us that there are many “mechanics” whoprovide the wrong information.

Let’s use this tyre as the example: 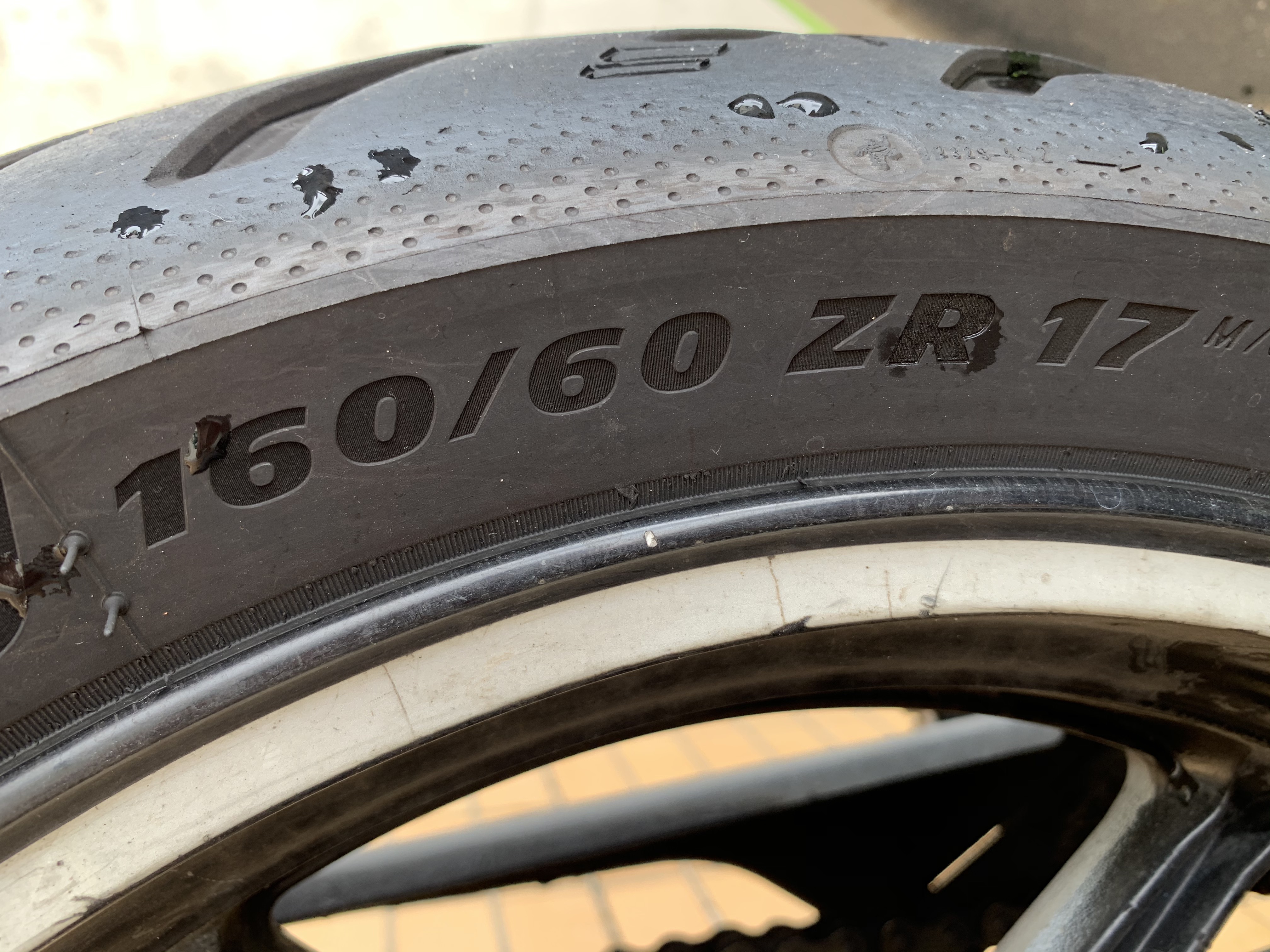 It denotes the nominal width of the tyre measured at the widest point of the tyre, in millimetres (mm). You may notice that one brand may be wider than another. That’s because manufacturers vary the width to tune them for different handling characteristics, by +/- 4%.

Indicates the tyre’s aspect ratio or in other words, height of the sidewall. It is expressed in percentage, not a direct measurement. So, 60% of 160mm is 96mm. Again, different manufacturers vary aspect ratio by +/- 4%.

The two letters represent two different meanings, although joined together.

“R” means radial construction, NOT racing. This letter is absent if the tyre is a bias-ply type (usually on dirtbikes, older cruisers, and kapchais).

The tyre is for motorcycles.

There are two parts to this.

“69” is the tyre’s load index as in the maximum load the tyre can support at maximum inflation pressure. It’s 325kg in this case.

“W” is the tyre’s speed index at maximum pressurewhich is 270 km/h for this tyre.But waaaait a minute: Why are there two different speed ratings? First the “Z” now the “W”?

It works like this: The maximum speed is 270 km/h while carrying 325kg at maximum pressure (290 kPa, 42 psi for this tyre).However, the brackets (69W)means the tyre can go faster than 270 km/h (the Z-rating), as long as you’re not carrying 236kg with the tyre inflated to its maximum pressure.

There’s another aspect that we would like to point out about maximum load. 325kg doesn’t seem like the tyre can support a lot, does it? A 600/650cc bike typically weighs the regions of 220 kg ready-to-roll already, without figuring in the weights of the rider, passenger, luggage, and accessories. The front Michelin Power5 has a (58W) rating which means it supports up to 236kg at maximum inflation pressure. So, 236kg + 325kg = 561kg. More than enough, won’t you say?

This is why you should never fit tyres that have lower load ratings. 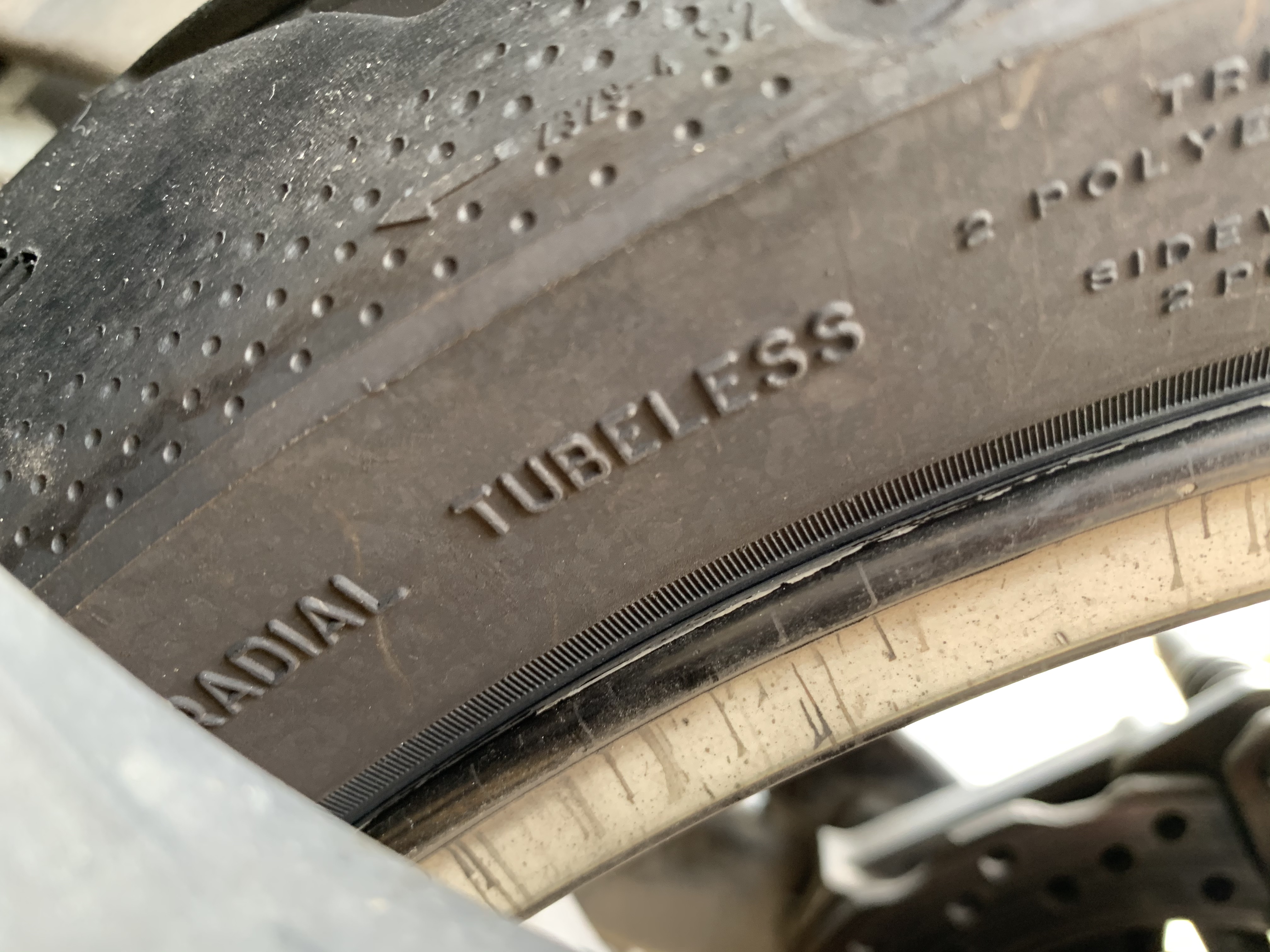 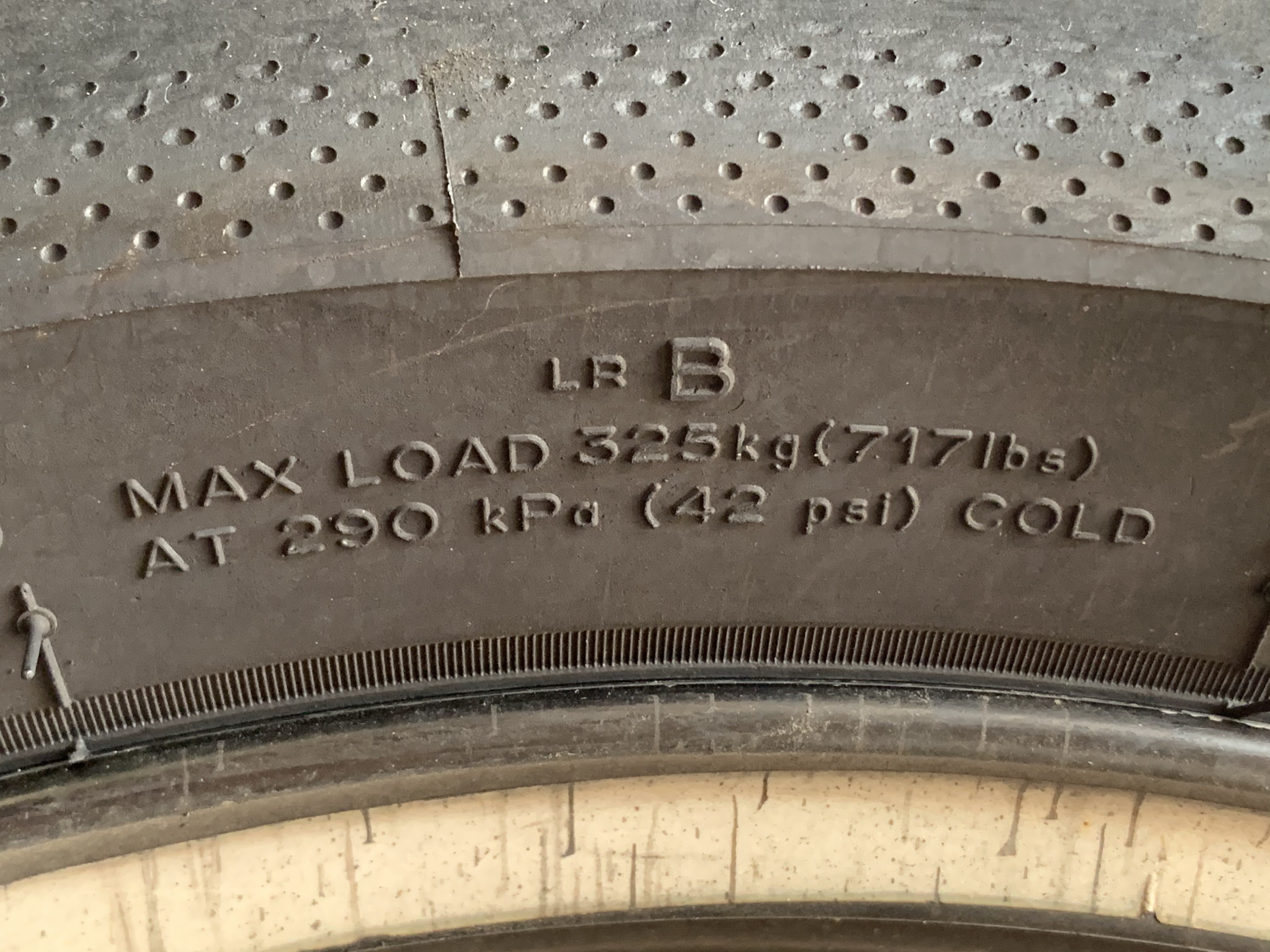 Four-digit numbers in an oval or rectangle 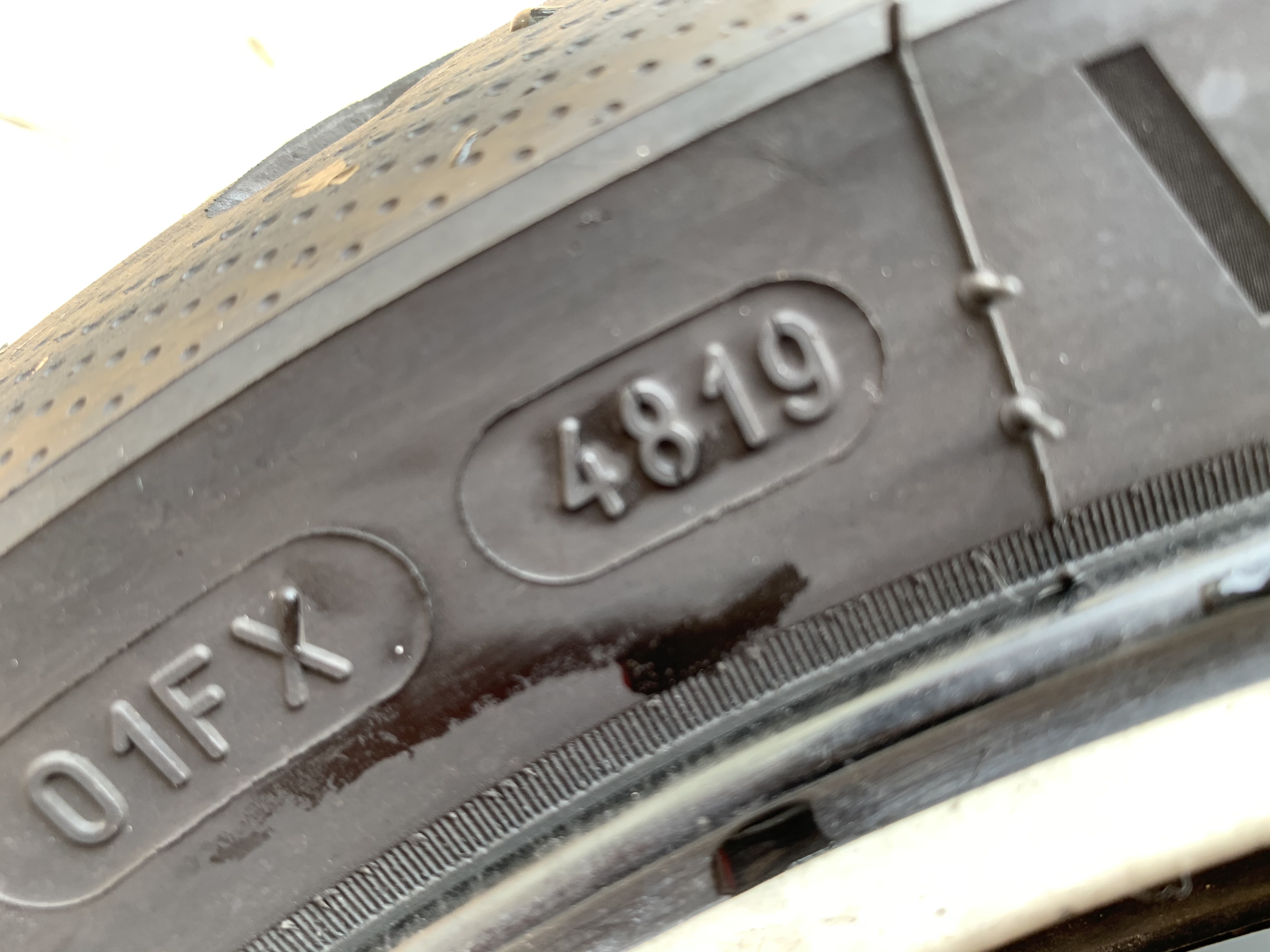 They denote the manufacturing date of the tyre. The first two digits tells the week, while the last two are the year. For example, “4819” means the tyre was produced during the 48th week of 2019. 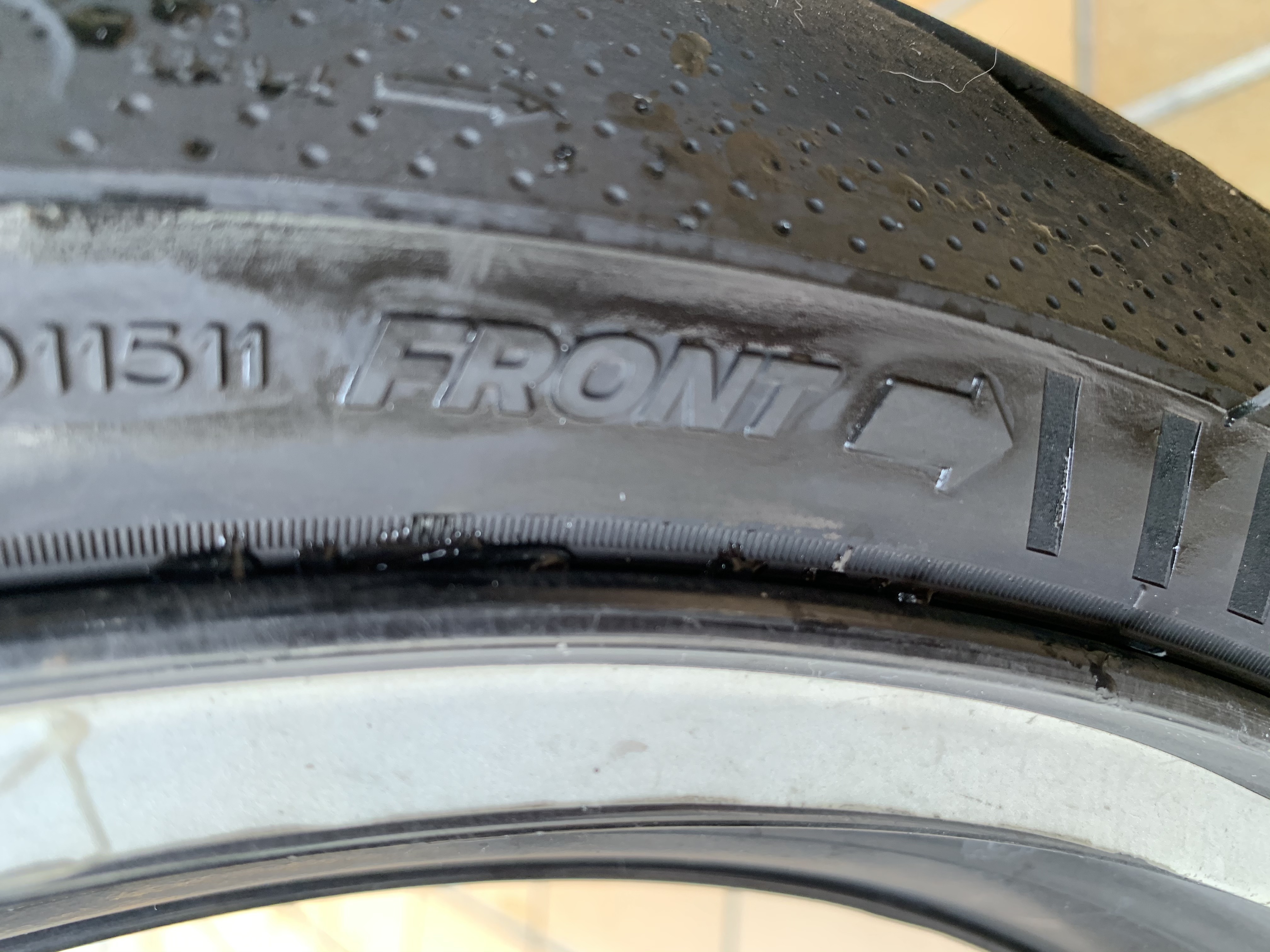 Every tyre’s sidewall has an arrow to mark the direction of rotation for the tyre, hence it should be mounted as such. DO NOT mount it against the intended direction – even if it “feels better.” Laugh you might, but we’ve had riders telling us so.

“GT” means the tyre is meant for heavier motorcycles such as the BMW R 1200 RT, BMW K 1600 GT, Kawasaki 1400GTR, Honda Gold Wing, among others. As such, you shouldn’t mount it to your bike if the manufacturer didn’t recommend it. Granted, they do last longer on lighter bikes, but the construction or compound, or both may be harder. So, just say “NO” if a mechanic tells you to fit it on your Kawasaki Ninja 1000 or KTM 1290 Super Duke GT or Versys 650.