Why do MotoGP Bikes Use Brembo Carbon Brakes?

Carbon brakes occupy the top echelons of motorcycle and automobile racing (Formula One). We’ve heard the riders, supplier and commentators talk repeatedly about them. 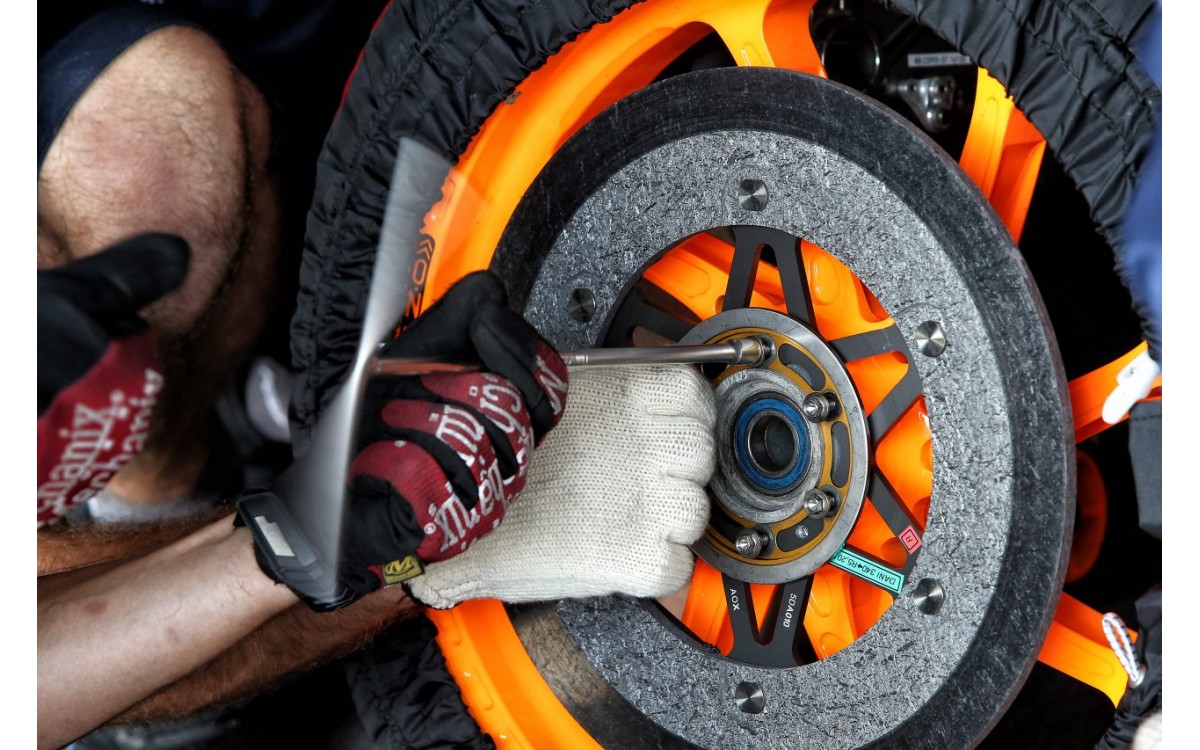 But why do only MotoGP bikes use them? What are their benefits? What’s the technology behind them?

Braking duties began with drum brakes, which gave way to disc brake systems. MV Agusta was the first manufacturer to fit disc brakes to their bikes in 1965, albeit on a small scale, but it was the Honda CB750 in 1969 which popularized the disc brake for road bikes.

As power increased, riders discovered they could brake harder and harder.Likewise, motorcycle manufacturers pushed the performance envelope and introduced bikes that went faster and faster. The more aggressive braking did not give the disc enough opportunity to cool sufficiently, especially at the track. This resulted in the disc being warped like a dinner plate i.e. the braking track began to turn outside or inside away from the carrier. When this happens, the pads couldn’t bed themselves completely onto the braking track (where the pads contact the disc). For the rider, the brake lever kept coming backwards towards the handlebar. The disc warp may not be seen with the naked eye, but the effect is there.

Brake manufacturers overcame this by producing better materials for the discs and pads to promote faster cooling. However, as bikes became faster and faster, once again braking power increased and riders braked even later and harder. The lever started coming back to the bar again!

How’s that for a solution creating another problem?

The beginning of carbon brakes

The answer came from the aviation sector. As aircraft grew larger and heavier, they had to land at higher speeds otherwise they would stall. They thus needing more braking power to stop them when they landed. Then there was the supersonic Concorde airliner:Its delta wings required higher landing speeds. The kind of forces needed to stop the plane would melt conventional steel brakes. Hence, Dunlop developed the first carbon-reinforced brake discs and pads in 1969. 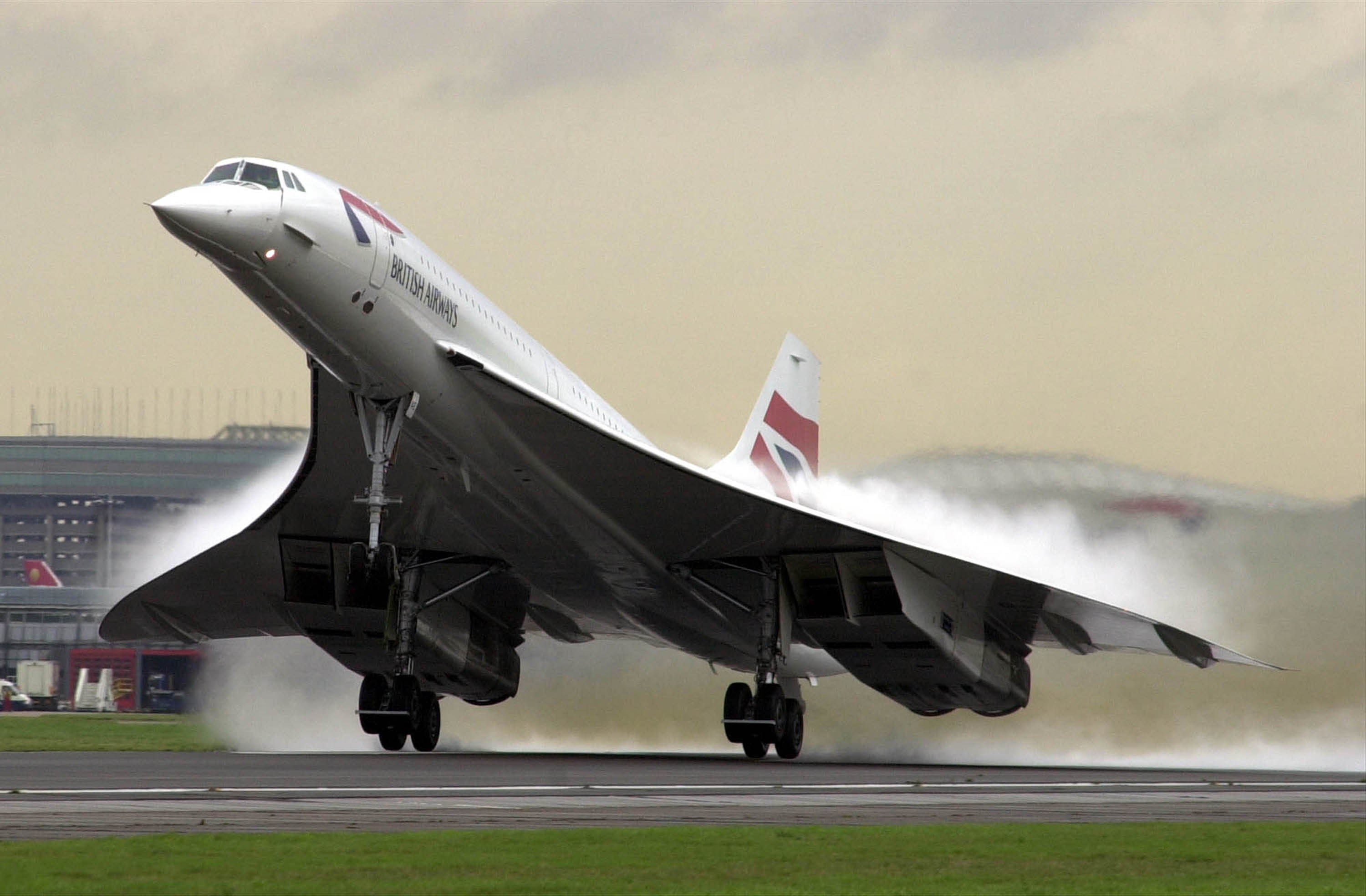 Formula One cars were also getting faster and faster, especially after Lotus engineer Colin Chapman discovered the benefits of aerofoilsandfitted to the Lotus 49 in 1968. From then on, the cars gained more and more downforce – grip, in other words – and they went even faster.But something had to stop them as drivers soon found they were stomping their pedals all the way down!

Brabham decided to seek out Dunlop who had developed the brakes for the Concorde, resulting in the first carbon brakes were fitted to a Formula One car in 1976.

As for motorcycles, Wayne Rainey tried them on at the 1988 British GP and was impressed by their power. He insisted on it being installed on his bike and went on to win the race. Carbon brakes was here to stay in the 500cc Grand Prix class.

Carbon brakes need heat to work. This is in direct opposite to steel or iron discs, which needs to cool down, otherwise continuous heat would soon warp them or even push them into the melting point.

The first carbon brakes needed the riders to apply some pressure on the front brake lever in the first few laps to keep the discs hot. But further research and development has resulted in the materials of today.

The current carbon brake systems are all supplied by Brembo who had invested heavily into the technology.

The latest system doesn’t require the rider to keep holding on to the bar to warm the brakes up. Instead, the riders only have to carry out hard braking during the Warm Up Lap. The discswill reach their operating temperature of 200 deg Celsius by the start of the race and would continue to work when kept between 200 deg to 800 deg Celsius.

But because they need heat to work, teams would swap them out for the venerable steel discs and sintered pads when racing in the rain. However, this changed when Bradley Smith finished in second place at the San Marino Grand Prix in 2015 with carbon discs and pads despite the rain. Still, it was due to the nature of the track which calls for heavy braking that manages to build up the required heat, whereas certain other tracks do not call for crazy braking.

The new brakes have much higher friction coefficiency and are so powerful that they could slow a bike from 355 km/h down to 90 km/h in less than 300 metres, within 5 seconds.

Other benefits of using carbon brakes are lower unsprung weight hence reduced gyroscopic forces. These new brakes also feel like normal brakes if they are kept within their operating temperatures, from the start to the end of the race.

But why aren’t they used in other classes?

Cost. Not many teams would want to join racing if that’s the kind of money they’ve to fork out for the brakes alone, would they? That’s why carbon brakes are used only in MotoGP, while steel is the material in Moto2, Moto3, World Superbike and so forth. (They were used in the 250cc class at one time but the Moto2 class have since reverted to steel brakes.)

Can I use them on the streets (if one could afford them)?

No. There will be no way one could keep build up and hold the operating temperature in the discs. The only way to do so would be to keep the brake lever pressed at all times. On the other hand, steel brakes on road bikes work between -50 to 600 deg Celsius.

Besides that, the carbon discs last for only about 1000 kilometres.