The long-awaited 2020 Honda CBR1000RR-R Fireblade is now in Malaysia and open for bookings. We caught up with one unit at the Honda BigWingSetapakdealership. 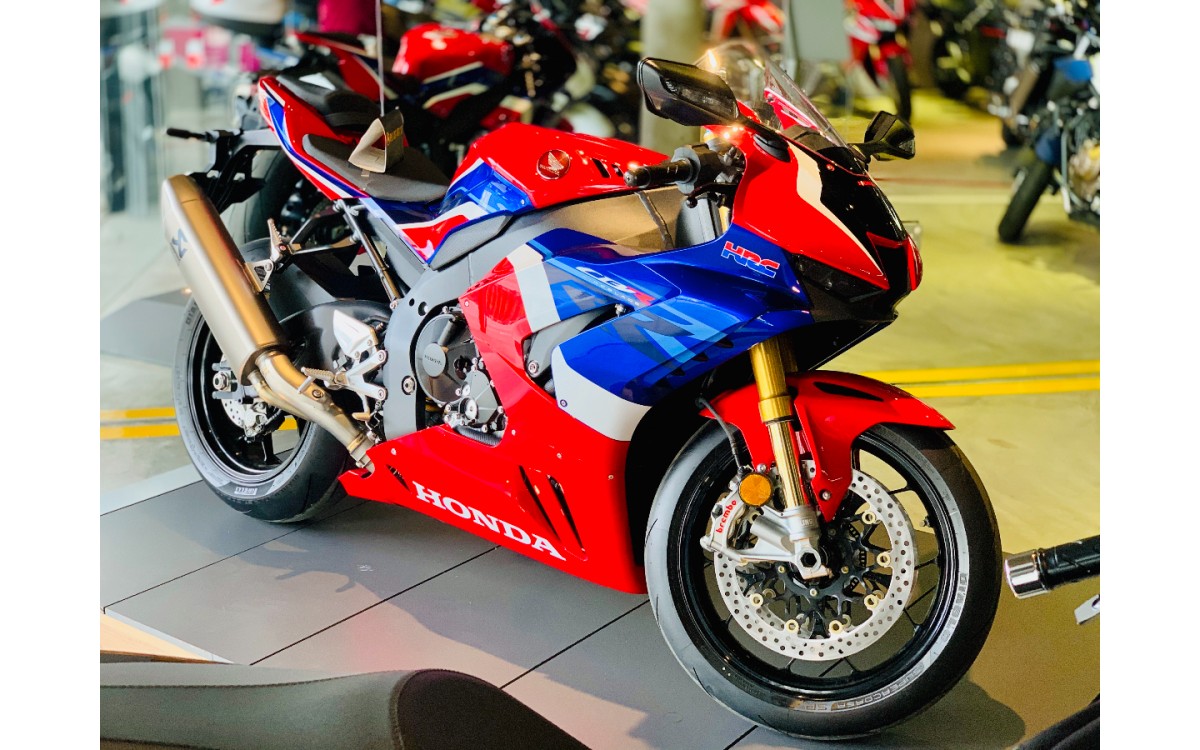 The long-awaited 2020 Honda CBR1000RR-R Fireblade is now in Malaysia and open for bookings. We caught up with one unit at the Honda BigWingSetapakdealership.

Honda last won the World Superbike Crown in 2007 (on a CBR1000RR), but other manufacturers have taken turns to capture the premier production racing crown since then.

In order to build a world-beating bike, Honda sought the help of Honda Racing Corporation (HRC). The obvious place to start is of course the RC213V which dominates MotoGP.

Consequently, there are plenty of similarities between the CBR1000RR-R and MotoGP bike.

Starting from the front, the ‘Blade now has a centrally-located air intake which channels air directly to the airbox. Next, the frame has been reworked to provide controlled flex and better feedback. The fuel tank’s top is lower to allow the rider’s arms to move over it.

And just like the RC213V, however,there are spoilers on the fairing. They provide downforce and stability to the front at high speeds.

The inline-Four engine is likewise new, with 6mm bigger bores for higher revs which equals more top-end power. Also, the piston connecting rods are titanium, as with the valves. The reworks result in 214 bhp and 114 Nm of torque, hence it is the most powerful normally-aspirated 1000cc inline-Four.

You can order the 2020 Honda CBR1000RR-R SP through Honda Big Wing dealers.We would like to thank Honda BigWingSetapak for showing and orientating us to the bike.